During the 1882 wet season, desperate tin miners on the Wild River were unable to obtain supplies and were on the verge of famine. The boggy road leading to Port Douglas was proving impassable, meaning no tin went to port and no supplies came back to Herberton.

The result was miners, were raising angry voices and began agitating for a railway to the coast.

Upcoming general elections and the cold weather in the south meant that many leading politicians headed north, all promising a railway. In March 1882, the Minister for Works and Mines Macrossan, announced the search for a route from the Atherton Tablelands to the coast.

Christie Palmerston was commissioned to find a suitable route for a railway to the coast and during 1882 marked several routes to Port Douglas, Cairns, Mourilyan and Cardwell. In November 1882, Palmerston took 9 days to trek to Cairns and this seemed to be the chosen route and surveyor Monk submitted reports to the government in March 1884.

This Barron Valley route was finally chosen, and this would shape the future of North Queensland, along with surveyor Amos’ plans which were drawn up and submitted to the government in February 1885.  These plans were subsequently approved by cabinet on the 19th of September 1885.

Construction commenced on 10th May 1886, with then Premier Samuel Griffiths turning the first sod. The line was now headed towards Herberton but there were many twists and turns on the way. Contracts were terminated as this engineering feat took its toll on the contractors, until 1887 when a contractor by the name of John Robb took control.  His crew working only with picks, shovels, dynamite and strength started to make progress. The rail line from Cairns to Kuranda, was now completed and officially opened on 15th June 1891.

Work immediately started on the Kuranda to Mareeba section with this section being officially opened in 1883, just a short deviation from the intended Herberton line. Progress towards Herberton was relatively easy for the construction crew until, the bottom of the Herberton Range where hard rock and deep fill areas slowed work. Many drains had to be constructed along the way but making rock cuttings with only hand tools slowed progress to a crawl.  Finally a grand opening was held at the Herberton Station on 20th October 1910 with  the workers travelling to Wondecla for a picnic and the official party walking up to the Herberton Town Hall for a more fancy gathering.

With the steady decline in tin prices and general freight, it was easy to see that the government railway had arrived a little too late to take full advantage of the freight volumes of previous years. After spending large amounts of money in track upgrading, station painting and general maintenance, Tablelanders were surprised with the announcement that all passenger rail services on the Tablelands would cease on the 1st January 1989.

Freight would be delivered by road to existing unmanned stations. The transport minister blamed excessive running costs and continuing financial loss. the finalseal of the railways fate was the announcement that the line would be officially closed on the 9th of September 1990.

A group of energetic volunteers arrived on the scene with the vision of creating a tourist rail journey between Atherton and Ravenshoe. After a lot of planning, their hopes were dashed when the rail bridge at Wondecla was removed to allow larger coaches to travel between Herberton and Ravenshoe. If the bridge had been raised 500mm  the coaches would have been able to pass under the bridge allowing the rail plans to continue but this was not the government’s decision.

With the railway line divided in two, the tourist railway group become divided. The group at Atherton with the support of the local business community restored steam locomotive C17  No812, and the necessary track upgrades. After a great deal of work, they were running an impressive achievement.

Unfortunately, in 2000, the group abandoned all the work they had done, mainly due to internal pressures and the line lay dormant once again.

However in 2003 what we now know as Atherton-Herberton Historic Railway Inc. was formed. This organisation took on the challenge of once again establishing a tourist railway experience between Atherton and Herberton.

The present group have been granted Rail Transport Operators Accreditation and have a business plan that should see this goal achieved over the next 10 years. 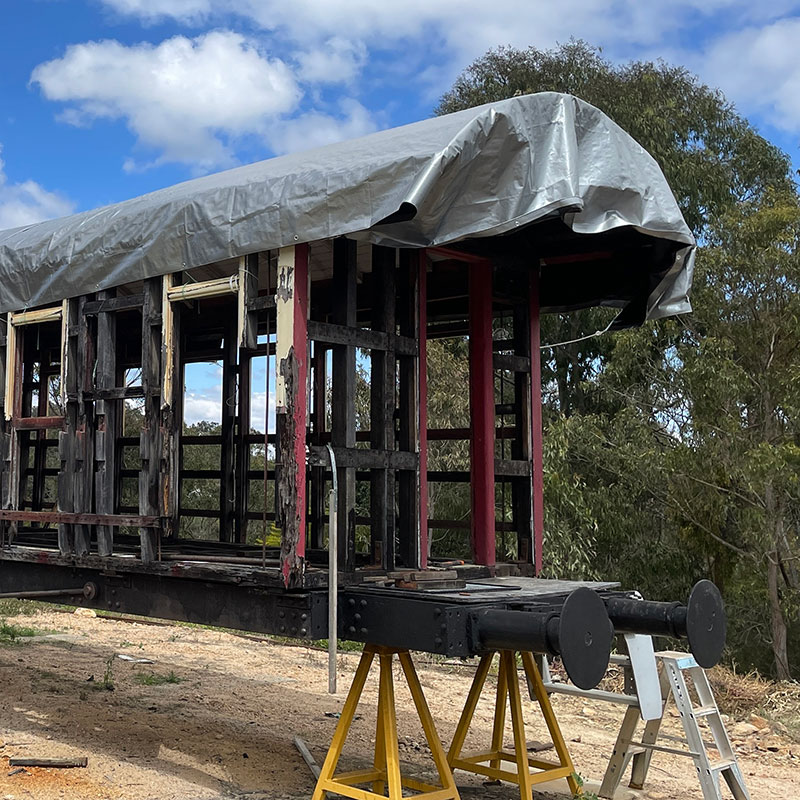 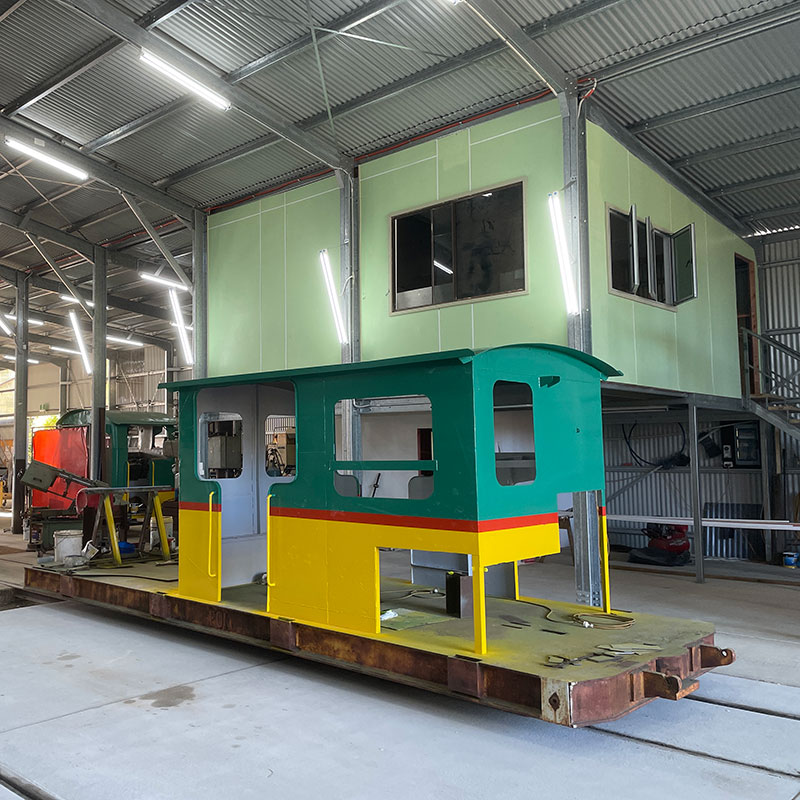 Herberton is situated at 918 m (3,012 ft) altitude on the Great Dividing Range south-west of Atherton.

Several crops are grown around Herberton, and it is a mini salad bowl with crops including avocados, lettuce, tomatoes, maize and pumpkins. Herberton’s public hospital and the private school, Mt Saint Bernard residential college, are other major employers in the town.

Herberton is the oldest town on the Atherton Tablelands and is often referred to as the Village in the Hills.

At its apogee, Herberton was the richest tin mining field in Australia, and was home to 17 pubs, 2 local newspapers and a brewery.  Tin mining ceased in Herberton in 1985.

The first European exploration of this area was undertaken in 1875 by James Venture Mulligan. Mulligan was prospecting for gold, but instead found tin. The town of Herberton was established on 19 April 1880 by John Newell to exploit the tin find, and mining began on 9 May. By the September of that year, Herberton had a population of 300 men and 27 women. Herberton Post Office opened on 22 November 1880. In December 1881 a State School was established.

In the late 19th century, the highway was carved through the hills from Herberton and passed through what is now Main Street, Atherton, before continuing down to Port Douglas. This road was used by the coaches of Cobb and Co to access Western Queensland.

Great history can be seen at the Herberton Mining Museum.

Volunteer or support us today. Find out more